Building BLOCS is now in South Austin! We provide early intervention to children 18 months – 5 years of age and their families. South Austin families can register now for home-based ABA therapy.

Building BLOCS is enrolling for the Fall 2021 semester. We have openings for Early Intervention groups as well as Individual ABA Therapy.

Call us for more information and to schedule your assessment.

At Building BLOCS we use a lot of Super Simple Songs with our kids. They have created a library of fun, easy songs for children to sing and dance to. Here is a link to all of their Christmas songs.

During the holiday break, keep your kid engaged and happy by singing these songs. We use visuals like the one below to help them make song choices. 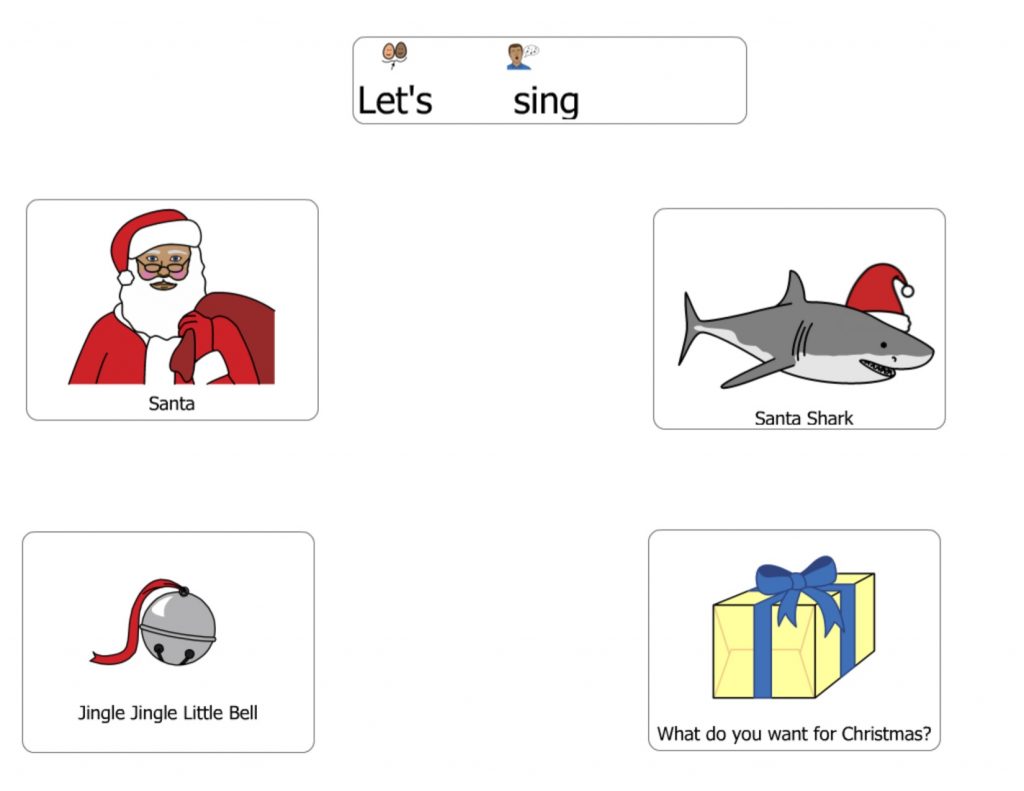 Building BLOCS is hosting monthly classes this fall. Our therapists will be presenting on a variety of topics including the ARD process, potty training, peer play, self care and insurance. All of the classes will be held in our gym at 6pm and they are free and open to families as well as others in the community!

Check out the flyer below to read more about specific topics and dates, we hope to see you there! 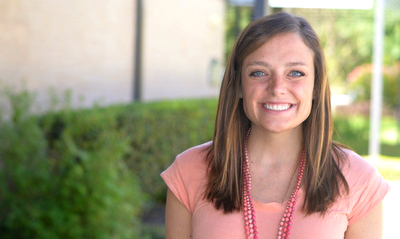 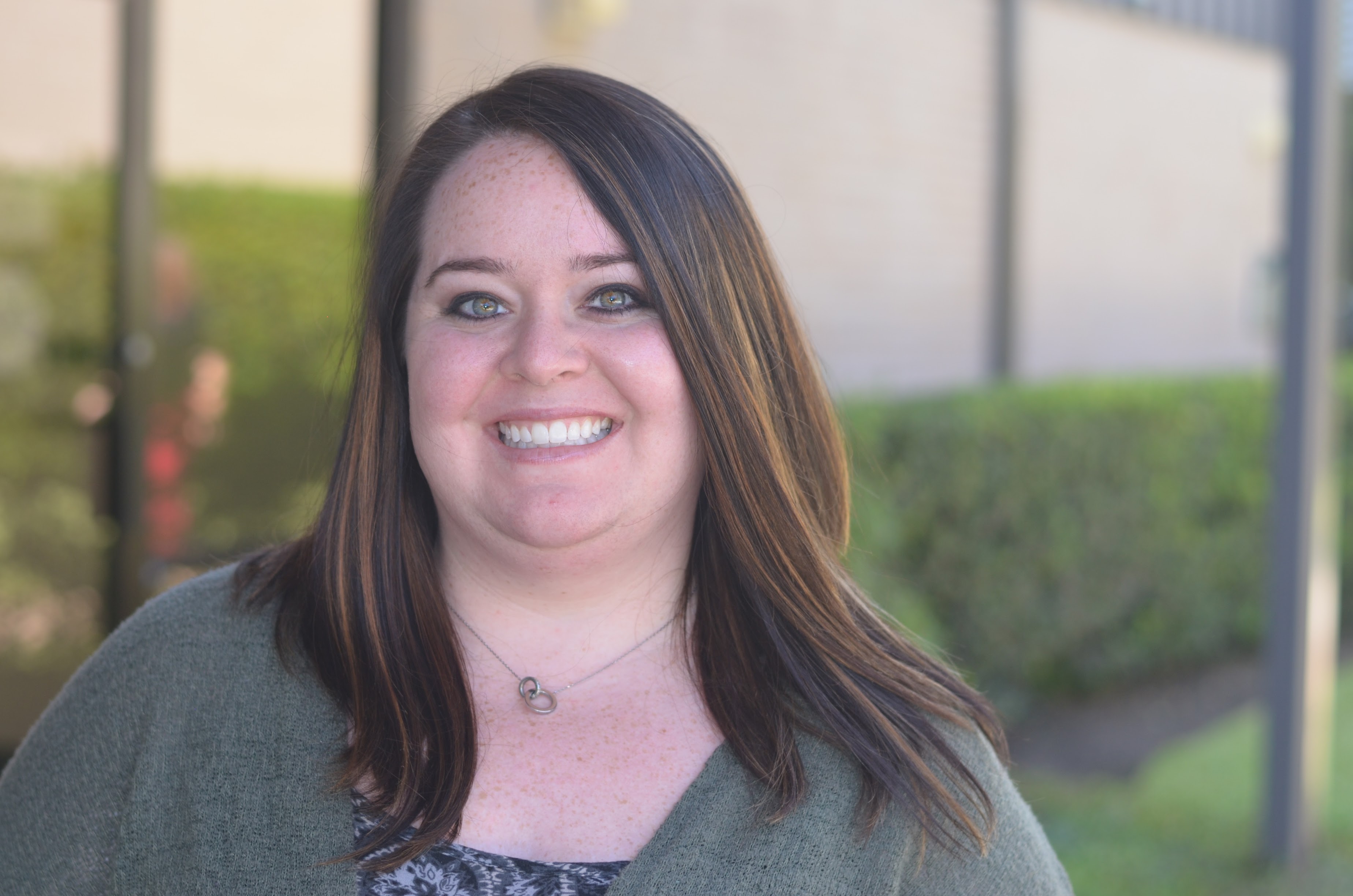 Meet Maggie Hammer, our multi-talented ABA Therapist! Maggie, a registered behavior technician (RBT), also facilitates our Parent Support Group. She is currently completing a license as a professional counselor. We are thrilled to have had her as a part of our team since September 2016.

Maggie’s interest in ABA began in Chicago, where she attended graduate school. 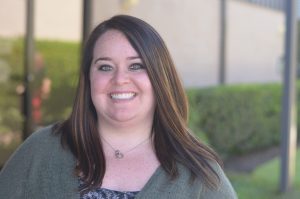 Initially, she worked with adults, but she wanted more experience working with children, and when she heard about ABA, she was “hooked immediately.” Although challenging, she finds the work rewarding. “I love going to work every day because I know there will be challenges but there is always reward,” says Maggie. “There are always successes to be celebrated. ABA is wonderful because it provides solutions to any challenge.”

Another interesting fact about Maggie is that she loves to work with picky eaters! She attributes this to the first child she ever worked with, who initially was so picky that he wouldn’t eat much. Over two years, Maggie turned trying new foods into a game, and he began to try everything, even if he eventually decided he didn’t like it. Plus, Maggie says, she relates to being a picky eater: “I also have very picky eater tendencies and lots of weird texture issues so I feel like I understand where they’re coming from.” A little understanding can go a long way.

All in all, the best part of the job is when she makes a breakthrough during therapy with a child. “There is a moment when you gain a deeper understanding of their thought processes and the best way to approach therapy with them,” she says. “Those are the absolute best moments.” 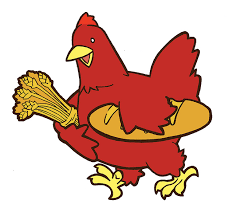 Old stories and folk tales have been used to educate children for thousands of years, and we are still finding fun and creative ways to incorporate them into learning. This week at Building BLOCS, some of our groups have been reading the story of the Little Red Hen. This story is integrated into various parts of the day, from storytime to pretend play.

During storytime, everyone sits in a circle and listens to the story of the Little Red Hen. This sets the groundwork for the other activities–it’s important to know the story we’re talking about! We like to make it interactive, so we pause the story to ask each child a question that corresponds with his or her learning objectives. For example, someone might be asked to “point to the bread,” while someone else might be asked, “Who is cooking?”. Sometimes, we pass around toys that relate to the story to practice sharing and other important skills as well.

Pretend play is when everyone gets a chance to let their creativity shine. The therapists lead an activity in the gym in which the children get to pick their own wheat, roll out their dough, and bake their bread–all in their imagination, of course! We all get a chance to process our grain and seeds in the kitchen at the first station by pouring rice through a small plastic play set. Next, we pretend we’re all giant rolling pins and roll the “dough”–four extra squishy bean bags on the floor. Then, with a slide down our slide, we put the bread in the oven to bake. Then, with a quick run back to our chairs, we’ve all baked bread, and it’s time to eat! Once everyone has had a chance to bake and “eat” their bread, we all head back to the other room for more activities.

For children with ASD, pretend play can often be difficult. However, by finding a unifying theme, like the story of the Little Red Hen, and creating a fun group activity, makes it easier and more enjoyable for learning all kinds of new skills. 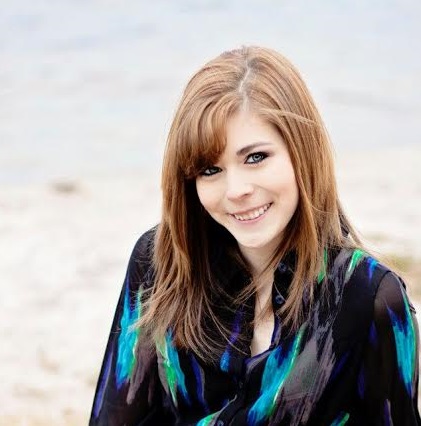 This week, we’re proud to feature Laura Gillingham, one of our talented Speech-Language Pathologists. She started working at Building Blocs in July of 2015 and has been changing lives and brightening our days ever since. 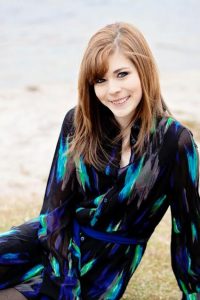 Laura was inspired to become an SLP when a family member discovered that their baby would be born with a bilateral cleft lip and palate. She shadowed a number of speech pathologists and was further impressed by their wide knowledge base of different specialties. But what was most powerful was the ability to change lives. Laura comments that “the ability to communicate and experience the world is central to the human experience, and I knew that as a speech pathologist, I would be directly involved in helping others achieve this.” For Laura, speech pathology serves as a way of helping people both to improve their communication skills and enrich their lives as a whole.

At Building Blocs, Laura’s favorite activity is story time, since it is an enjoyable way to work on multiple goals at once. Not only is it fun and engaging for the kids, but it is also a great time to work on targets like pointing, labeling, answering questions, and following directions. While stories are obviously great for speech activities, they are also an excellent way to get to know each child and what they enjoy most.

One of Laura’s favorite aspects of her job is working with families. “Family involvement is essential to each client’s success,” says Laura. She recognizes that families have to be advocates for their children and support them in speech development at home as well. Providing the guidance to help families do that is incredibly rewarding.

Finally, there are no better words to describe the challenges and rewards of her job than Laura’s own. “Working in early intervention,” she says, “I am in a unique position to hear children talk, respond to their name, and engage with others for the first time. The days and weeks leading up to these special moments can be full of ups and downs, and can be both exciting and discouraging for everyone involved. In spite of the hard work, nothing is more rewarding than seeing the joy on a child’s face during the moment when they finally realize their words mean something.” 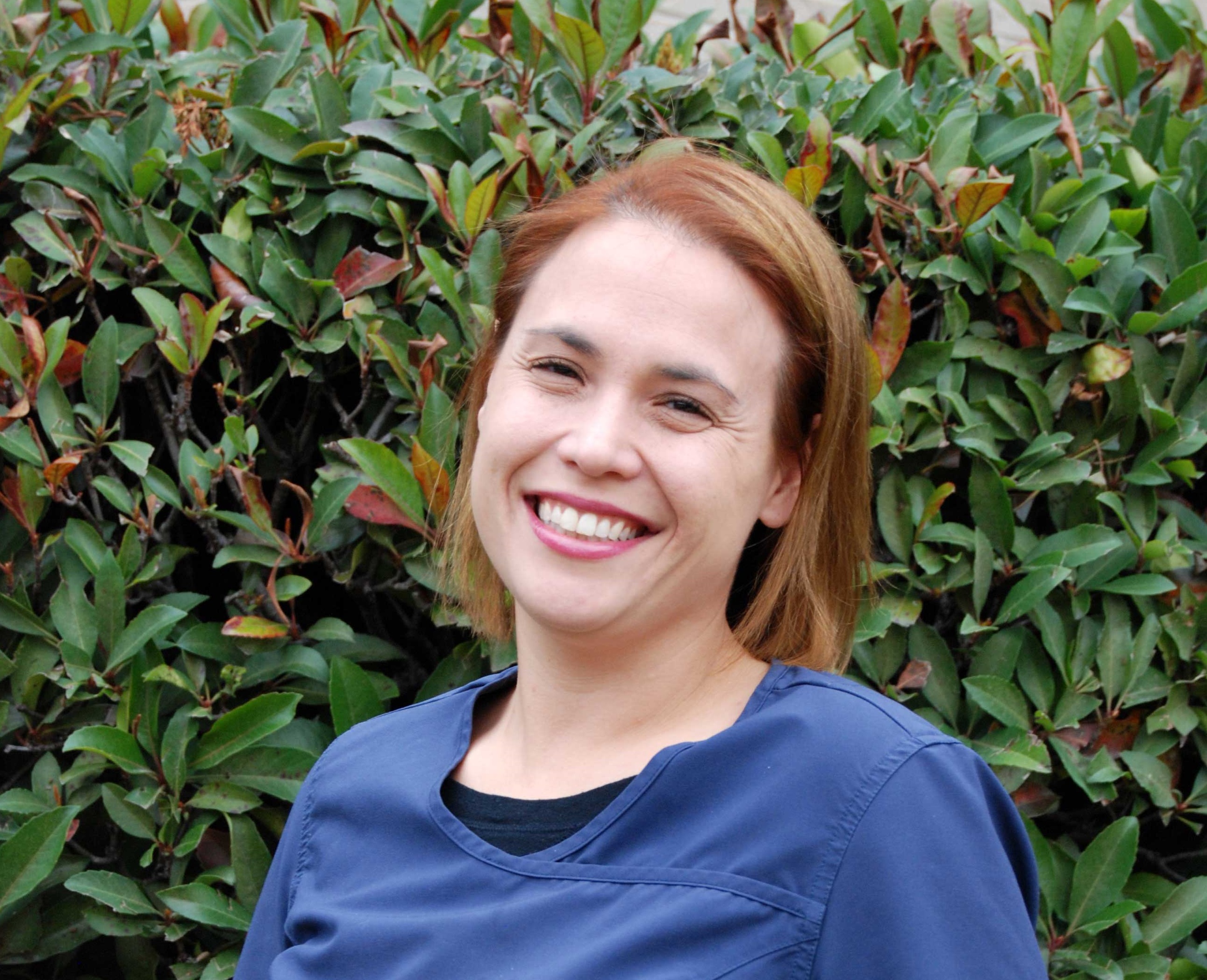 Have you ever wondered what a day in the life of an SLP (Speech and Language Pathologist) at Building BLOCS is like? Today, we’re introducing Jennifer Grantham, who can tell you all about it! 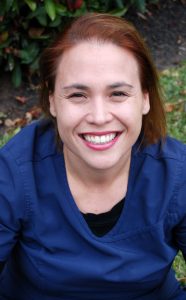 SLPs are an integral part of our team at Building BLOCS. They work alongside our ABA Therapists with children with autism, as well as with typically developing children who just need speech therapy. Jennifer sees individual clients with expressive/receptive language disorders, fluency disorders (stuttering), voice disorders, and articulation disorders. She also leads preschool intervention groups and Talk to Me Baby, a new parent/child class.

Jennifer’s interest in language started as a child, when she lived in multiple different countries and had the opportunity to learn the local languages. Although she went to college for electrical engineering, it was a class on language and the brain that held her attention, and she decided that she would pursue speech pathology. “It was a perfect mix of math, science and language,” says Jennifer. She went on to write a Master’s thesis on the area of the brain where stuttering originates.

Jennifer loves working with the kids at Building BLOCS, saying that “they remind you to laugh and enjoy the world!”. Her favorite activities are singing and cooking, sometimes at the same time. The kids get really excited when they get to crack the eggs or mix the batter, so although it can be messy, it’s fun for everyone involved. What could be better than learning and getting to eat treats?

Being an SLP is both challenging and rewarding. Jennifer notes that she has to be paying attention and engaged at all times in order to connect with the kids, which can be a challenge in itself at times. “It can be exhausting,” she says, “but seeing the kids’ eyes light up with understanding when they grasp a concept or giggle in anticipation for a game is what it’s all about. Celebrating a child’s progress with their family is the most rewarding experience.”